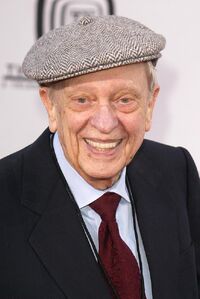 Jesse Donald "Don" Knotts (July 21, 1924 – February 24, 2006) played Barney Fife on The Andy Griffith Show and Return to Mayberry. He has been known in his acting career for his role in Three's Company as Ralph Furley, in many Disney films like The Apple Dumpling Gang and No Deposit No Return, and several other comedy films including The Incredible Mr. Limpet, The Shakiest Gun in the West, The Love God?, and The Ghost and Mr. Chicken.

Knotts won all five Emmy nominations received for his supporting role on the series.

He appeared in No Time for Sergeants (with Andy Griffith), Wake Me When It's Over, It's a Mad Mad Mad Mad World, Move Over Darling, The Incredible Mr. Limpet, The Ghost and Mr. Chicken, The Reluctant Astronaut, The Shakiest Gun in the West, Rowan & Martin at the Movies, The Love God?, How to Frame a Figg, The Private Eyes, Cannonball Run II (with Jim Nabors and George Lindsey), Pleasantville, and the Disney films The Apple Dumpling Gang, No Deposit No Return, Gus, Herbie Goes to Monte Carlo, Hot Lead and Cold Feet, and The Apple Dumpling Gang Rides Again. He provided voices for many animated productions, including Scooby-Doo (voicing a caricature of himself), Pinocchio and the Emperor of the Night, Cats Don't Dance, Chicken Little, and Max Lucado's Hermie & Friends video series. He was awarded a star on the Hollywood Walk of Fame. His daughter Karen Knotts played Opie Taylor's receptionist in "Return to Mayberry."

Check out his official Fandom [1] 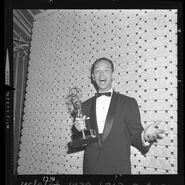 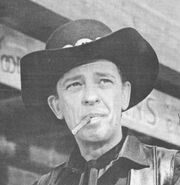 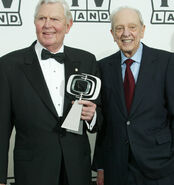 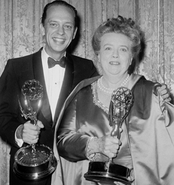 Knotts's grave marker reads "He saw the poignancy in people's pride and pain and turned it into something hilarious and endearing."
Add a photo to this gallery

Retrieved from "https://mayberry.fandom.com/wiki/Don_Knotts?oldid=37860"
Community content is available under CC-BY-SA unless otherwise noted.