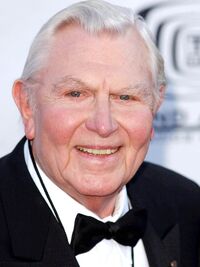 Andy Griffith (born June 1, 1926 - July 3, 2012) played Sheriff Andy Taylor in all 249 episodes of The Andy Griffith Show, in episodes of Make Room for Daddy, Gomer Pyle U.S.M.C. and Mayberry R.F.D., and in the 1986 TV movie Return to Mayberry. His father Carl Griffith and his wife Barbara Griffith each appeared in one episode of "The Andy Griffith Show". He played Andy Thompson on "Headmaster", Andy Sawyer on The New Andy Griffith Show and Ben Matlock on "Matlock". He starred in the films A Face in the Crowd, No Time for Sergeants, Onionhead, The Second Time Around, Angel in My Pocket, Hearts of the West, Rustler's Rhapsody, Spy Hard, Daddy and Them, Waitress and Play the Game. He was executive producer of both "Mayberry R.F.D." and "Matlock". Andy Griffith was awarded a star on the Hollywood Walk of Fame and was nominated for an Emmy for his performance in the 1981 TV movie "Murder in Texas".

I wanted to prove that I could play something else, but there were 249 episodes out there of 'Mayberry,' and it was aired every day. It was hard to escape.

The straight man has the best part. He gets to be in the show and see it, too.

I still play that guitar. It's a Martin D-18 with a clear pick guard. I've played that guitar on and off my TV shows for nearly 50 years. 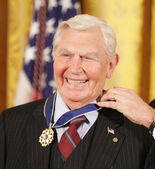 No Time for Sergeants

Andy's star on the Hollywood Walk of Fame 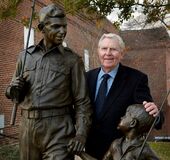