Andy was raised by his aunt, Bee Taylor. Andy said that she would squeeze him until he turned all colors. He was born in Mayberry on June 20, 1920.

Andy Taylor lives in the fictional, sleepy community of Mayberry, North Carolina. Andy is a widower and father to one young son, Opie. In the backdoor pilot episode from The Danny Thomas Show[1], viewers learn Andy lost Opie's mother when the boy was "the least little speck of a baby." Andy's Aunt Bee acts as his live-in housekeeper and as a surrogate mother/grandmother to Opie. Andy goes fishing with his son and often spends evenings on the front porch strumming his guitar. He sometimes entertains (with reluctance) overnight guests like his Aunt Nora and Uncle Ollie[2] and often have friends in for Aunt Bee's fried chicken dinners. Andy goes to the movies occasionally, to dinner at Morelli's with friends, and enjoys picnicking at Myers Lake.

In the working world, Andy was in the United States Army serving overseas in France obtaining the rank of Sergeant during World War II. Now Andy is Mayberry's Sheriff and Justice of the Peace. Andy has a bumbling deputy named Barney Fife and, in the color seasons, another bumbling deputy named Warren Ferguson-who is even worse than Fife. When business is slow at the courthouse, Andy can be found playing checkers with Barney, sitting in front of the barbershop chewing the fat with idlers, playing pranks, or conducting personal errands. He occasionally leaves Mayberry to attend work-related conferences or functions in Mt. Pilot or Raleigh.

As sheriff, Andy is the chief law enforcement officer in the county, yet most of his activity is in and around the town of Mayberry, and there is no evidence of a separate city police force. Both the town and the county are named Mayberry, so Andy is the chief law enforcement officer for both. These working conditions, plus his reliance on a single deputy (and no clerk or jailer) indicate that the county is very small in both size and population; however, in the episode Mountain Wedding, Andy and Barney get up at four o'clock in the morning to get an "early start" on their trip to the Darling's cabin, which is described as being "up in the mountains". When they arrive, it is full daylight, so it could be inferred that Mayberry County is larger than originally thought and with mountainous areas, but sparsely populated. 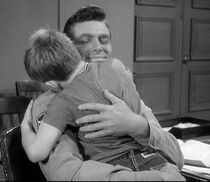 In a 1965 four-part color saga starting with "Off to Hollywood", film producers plan a fictionalized feature film around Andy's sheriffing life and the Taylors travel to Hollywood to witness the proceedings. The premise of the movie is that Andy Taylor was "The Sheriff Without a Gun," however a 1963 episode "High Noon in Mayberry" mentions that Andy has been a sheriff at least since 1952—an occasion when he had to use a gun to wound a robber. In three first season episodes, "The Manhunt," "A Feud is a Feud," and "Barney Gets His Man," and in one second season episode, "Aunt Bee the Warden," Andy wears a regular gunbelt. Also, in the sixth season episode, "Aunt Bee takes a Job" with second deputy Warren Ferguson, (portrayed by Jack Burns) Andy fires a gun (which he borrows from Warren) to disable a car in order to capture some criminals.

Andy is an active and well—known member of the community. He is a member of the town council, sings in the civic choir, judges a beauty contest[3], umpires baseball games[4], and acts in a Founders Day pageant[5]. One error here in Andy's community service is his being both the elected sheriff and a town council member; under North Carolina law he could not do both. He often serves on social committees, attends community functions like dances, plays with the town band, and participates in organizing high school reunions. He attends All Soul's Church, helps select the church's new organ, and serves on the church's finance committee.

The mystery of Opie's "Maw"

Opie's "Maw" is mentioned only once, briefly, during the show. In the second season episode, "Wedding Bells for Aunt Bee", Opie asks his father if he had the kind of love for his "Maw" that leads to marriage. Andy answers that he did have that kind of love.

When the series opens, several years have passed since Andy lost Opie's "Maw". Andy mentions in the backdoor pilot from The Danny Thomas Show, that he lost Opie's "Maw" when Opie was "the least little speck of a baby". Opie is 6 years old when the show opens (born in 1954), and it is more than likely (based on Andy's testimony) that Opie's "Maw" died at Opie's birth or shortly thereafter. Andy would have been 27 or 28 when Opie was born in 1954. It is also mentioned numerous times during the series that Andy is a widower implying that he was indeed married to Opie's mother since the term is usually only used for men whose wife has died.

Interestingly, there are no souvenirs or mementos of a wife around Andy's house. Opie's "Maw" apparently has no family in Mayberry – no parents, siblings, aunts or uncles that would be related to Opie. All of Opie's relatives seen on the show (Aunt Bee, Aunt Nora, Bradford Taylor) are paternal relatives.

It is also mentioned in an episode where Andy is dating a "rich" girl and Barney warns him that it might not work out[6]. He brings up to Andy that he was his best man and godfather to Opie.

Andy had several love interests through the show's run, but his first romantic relationship on the series is Ellie Walker (Elinor Donahue), a newcomer to town who works in her uncle's drug store[7]. Ellie made twelve appearances in the first season and then disappeared without explanation to the viewer. (Donahue once stated in an interview that she left because she felt she had no chemistry with series star Andy Griffith. Griffith later admitted that it was his fault because he had a hard time showing affection on screen, and as a result, the relationship did not appear to be real or believable.)

In Season Two, Andy dated a few ladies including two nurses: Mary Simpson and Peggy McMillan. Peggy chalked up four appearances on the show. The producers created a long-term love interest in school teacher, Helen Crump. Helen made her first appearance in the third season[8] and remained Andy's love interest throughout the rest of the series. The two were eventually married in the first Mayberry RFD episode in 1968. 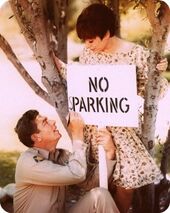 The newlywed Taylors remained in Mayberry and were featured on several episodes of the spinoff series. Their departure (and Opie's) is explained during the second season when Howard Sprague reads a letter about the family's relocation.

Andy and Helen returned to Mayberry RFD for their son Andrew Samuel Taylor, Jr.'s christening in a 1969 episode, in which it was explained that Andy was now an agent for the "State Bureau of Investigation."[9] (Many wikis and online references to the baby son of Andy and Helen Taylor refer to the infant incorrectly as Andrew Jackson Taylor, Jr.) In 1986 returned for the made-for-TV reunion movie Return to Mayberry. The movie explained that Andy has retired as Postal Inspector in Cleveland and returned home to seek the office of sheriff again.

He is the only character to be seen in all 249 episodes of the show, with Opie coming in second with 209 appearances.