Barney and Andy host a school reunion after going through their yearbook, where Andy meets his old girlfriend.

Barney and Andy host a school reunion after going through their yearbook, where Andy meets his old girlfriend.

While stumbling upon their old yearbook, Andy and Barney decide to organize their twentieth High School reunion, and all the excitement centers on the return of Andy's old flame Sharon DeSpain.

It looks like the torch may be re-lit when Sharon shows up and she and Andy pick up right where they left off, in the garden outside. Both wonder whatever happened when it finally occurs to them both that what separated them in high school is what separates them now. Sharon wants the bright lights and big city, and Andy is happy to stay where he is. Meanwhile, Barney discovers that his old girlfriend Ramona Wiley is married. 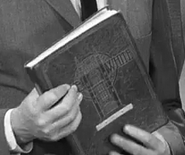