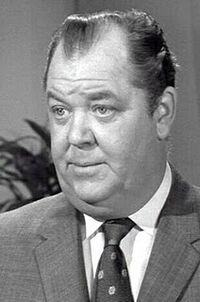 He played recurring roles on the TV series "I Married Joan" (as Charlie Henderson), "Jefferson Drum" (as Hickey), "Green Acres" (as Horace Colby), "The Rounders" (as Orville), "The Lucy Show" (as Mr. Weber) and "Judd for the Defense" (as Dr. Corelli). His film appearances include O. Henry's Full House, Francis Covers the Big Town, Walking My Baby Back Home, The High Cost of Loving, The Apartment, The Three Stooges Meet Hercules, Dear Heart, The Great Race, The Ghost and Mr. Chicken (with Don Knotts), The Getaway, Oklahoma Crude, 18 Again! and the Disney films Son of Flubber, The Ugly Dachshund and The Million Dollar Duck. He also co-wrote the screenplay of the Ray Harryhausen sci-fi film It Came from Beneath the Sea.

Hal Smith had a second career as a cartoon voice actor. Following the death of Arthur Q. Bryan, he voiced Elmer Fudd in the Warner Bros. short films Dog Gone People and What's My Lion? He appeared in the Disney shorts Winnie the Pooh and the Honey Tree, Winnie the Pooh and the Blustery Day, Winnie the Pooh and Tigger Too! and Winnie the Pooh and a Day for Eeyore (as Owl), The Small One (as the Auctioneer) and Mickey's Christmas Carol (as Goofy). His animated feature film credits include Hanna-Barbera's Hey There It's Yogi Bear (as Corn Pone), Disney's The Many Adventures of Winnie the Pooh (as Owl), Disney's The Jungle Book (as Slob Elephant), Tony Benedict's Santa and the Three Bears, David Detiege's Shinbone Alley, Rene Laloux's Fantastic Planet, DiC Enterprises' Here Come the Littles, Murakami-Wolf's The Adventures of the American Rabbit, Don Bluth's An American Tail (as Moe) and Disney's Beauty and the Beast (as Philippe the Horse). He can also be heard in the TV cartoons "The Gumby Show", "Clutch Cargo", "The Bugs Bunny Show", "Loopy De Loop", "The Yogi Bear Show", "The Peter Potamus Show", "The Famous Adventures of Mr. Magoo", "The Flintstones", "The Road Runner Show", "The Pink Panther Show", "Scooby-Doo Where Are You!", "Doctor Dolittle", "Help!...It's the Hair Bear Bunch!", "Hong Kong Phooey", "Davey and Goliath", "The New Tom & Jerry Show", "The Fantastic Four", "Casper and the Angels", "The Kwicky Koala Show", "The Smurfs", "The All-New Popeye Hour", "Welcome to Pooh Corner", "Pole Position", "Dumbo's Circus", "The Littles", "DuckTales" (as Gyro Gearloose and Flintheart Glomgold), "TaleSpin" and "The New Adventures of Winnie the Pooh". He was the voice of John Avery Whittaker for Focus on the Family's radio and home video productions of "Adventures in Odyssey".

Smith died after suffering a heart attack on January 28, 1994.

Retrieved from "https://mayberry.fandom.com/wiki/Hal_Smith?oldid=36664"
Community content is available under CC-BY-SA unless otherwise noted.