"Mr. McBeevee" is the Season 3 premiere episode of The Andy Griffith Show.

Opie starts talking about his new friend Mr. McBeevee, but his description is hard to believe, especially after accidently convincing Barney that his made-up horse, Blackie, who was "a bit on the invisible side," as Andy put it, was real.

Opie weaves the fabulous tale of Mr. McBeevee, a man who walks in the treetops, wears a silver hat, has twelve extra hands, blows smoke from his ears, and jingles when he walks as if he had rings on his fingers and bells on his toes. But other than those few quirks, Mr. McBeevee is normal. Andy and Barney laugh it off, but when Opie brings back a quarter he claims was given to him by his friend, Andy is forced to call the stories to a halt. Faced with the threat of a spanking, Opie is still unable to betray the existence of Mr. McBeevee. Andy may have to accept the unacceptable in the face of Opie's insistence. Later, when out for a walk, Andy happens past the very same tree Mr. McBeevee, a telephone linesman, is working in. Andy gets his own introduction to the man who walks in the trees and Opie is vindicated. 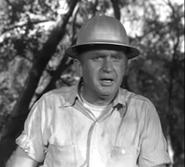 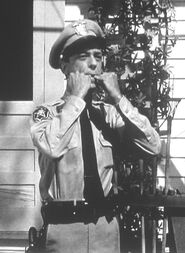 Mr. McBeevee's truck
Add a photo to this gallery 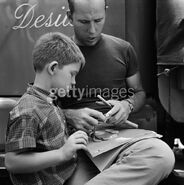 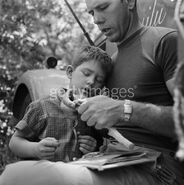 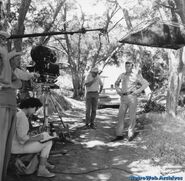 Add a photo to this gallery
Retrieved from "https://mayberry.fandom.com/wiki/Mr._McBeevee_(episode)?oldid=37401"
Community content is available under CC-BY-SA unless otherwise noted.